Jules and Louw met 15 years ago, while he was working at the Billabong Shop in St Francis Bay and Jules was there on holiday. He was 16 and she was 18.

“The moment I walked in the door, he had my heart,” says Jules 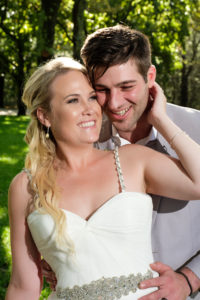 We dated for a bit but the long distance proved a challenge and we decided to remain friends. We stayed in touch and I visited and said when the time was right the universe would make it possible for us to be together.

In November 2010, as luck would have it, Louw got offered a job in CT. Over the next 3 years, we moved in together and got engaged. Unfortunately, some circumstances, including Louw working overseas, led to us pulling the plug on the wedding and breaking up. Six months later we got chatting again and realized that we had actually both missed each other and still loved each other dearly so decided to give us another try.

In August 2016 we decided we should give a walk down the aisle another try and Louw smiled and said: “Well I guess it’s your turn to propose then”. So I did! He had been away visiting his family and when he got home, I went on one knee and asked him to marry me and presented him with a ring. He then proceeded to go down on one knee too and reached into his pocket, pulled out an engagement ring and said, “Only if you’ll marry me!” We both laughed and cried and then began the wedding planning. 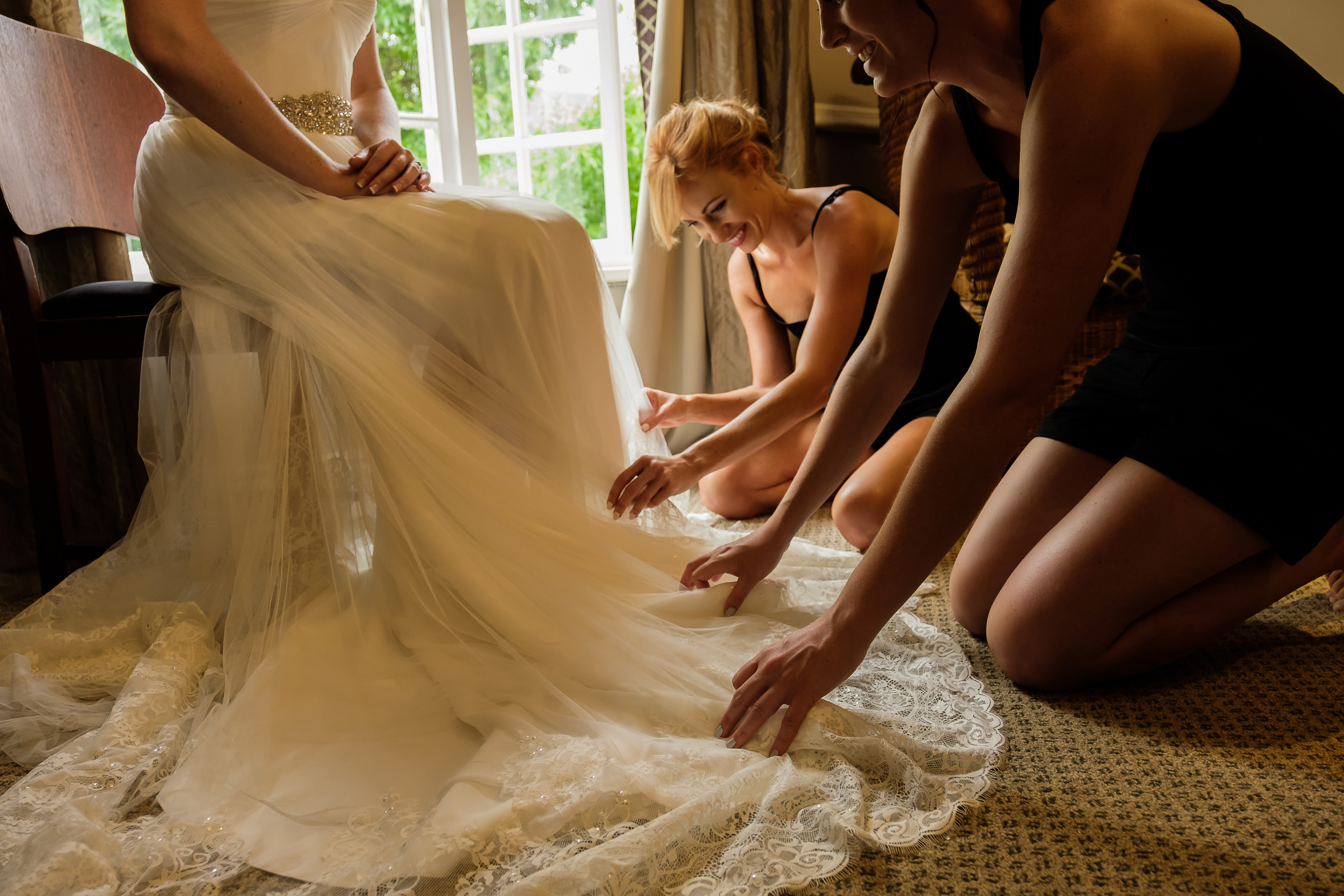 We planned the wedding of our dreams but when the day approached, a torrential down pour began in the early hours of the morning – despite there being water restrictions and a major drought in Cape Town – and to top it all off our ceremony was in a forest! My mom was crying, Louw was running around the venue trying to sort out a plan B and my bridesmaids were trying to organise me pink gumboots for the mud! However, I was determined not to let it ruin the day and decided that the rain would simply have to just stop before the ceremony. I felt that after everything we’d been through and years of waiting to get married to the love of my life that it would just have to work out. It did! 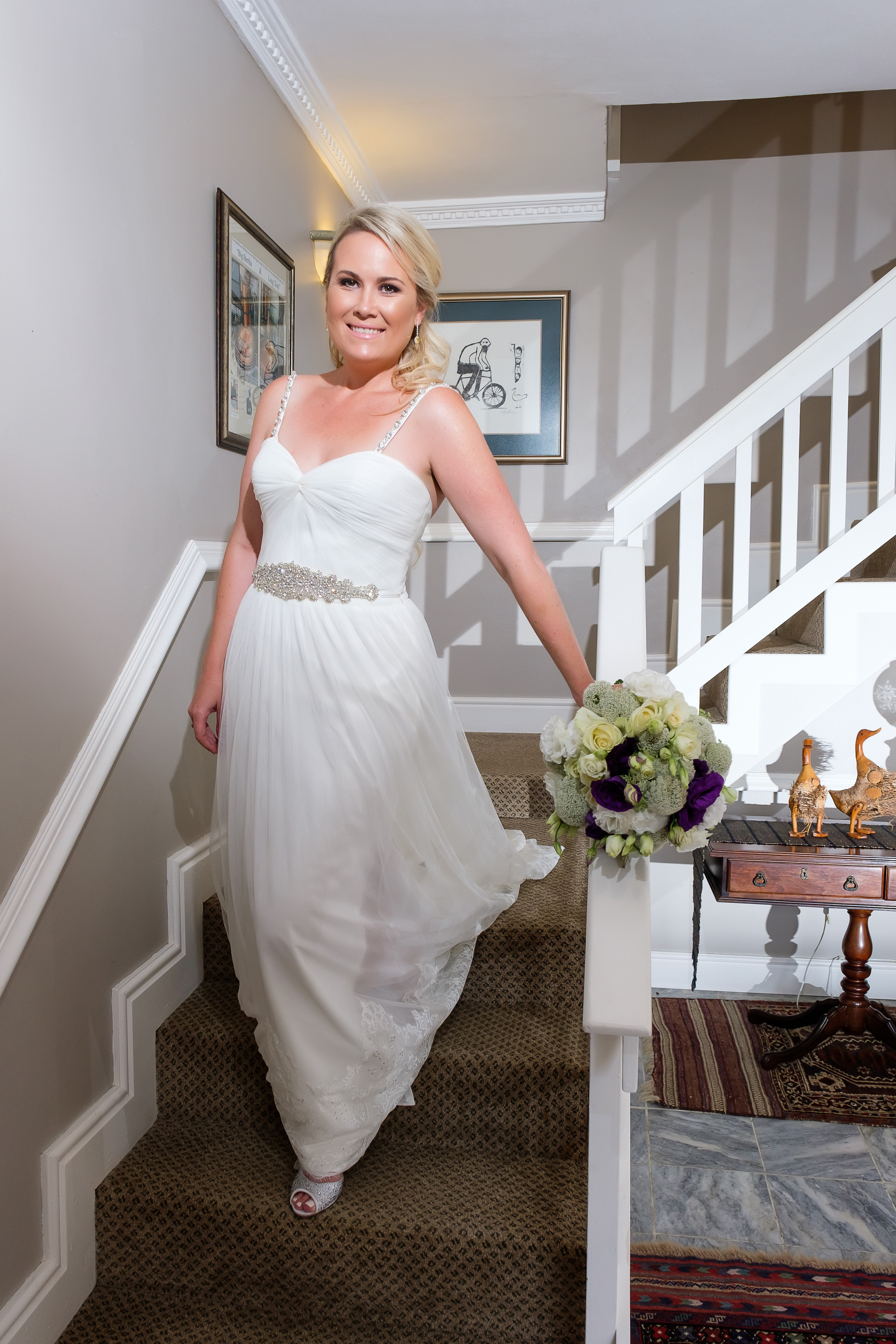 My photographer actually captured a pic of me leaning out the window of my accommodation and smiling at the clear sky just before I left for the ceremony. 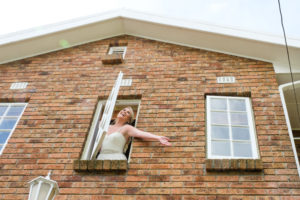 At last the sky began to clear and the sun began to shine. I arrived at the ceremony and walked down the aisle to my gorgeous future husband. What followed was the most magical evening of my life, despite having to walk through mud and my dress and shoes getting ruined! 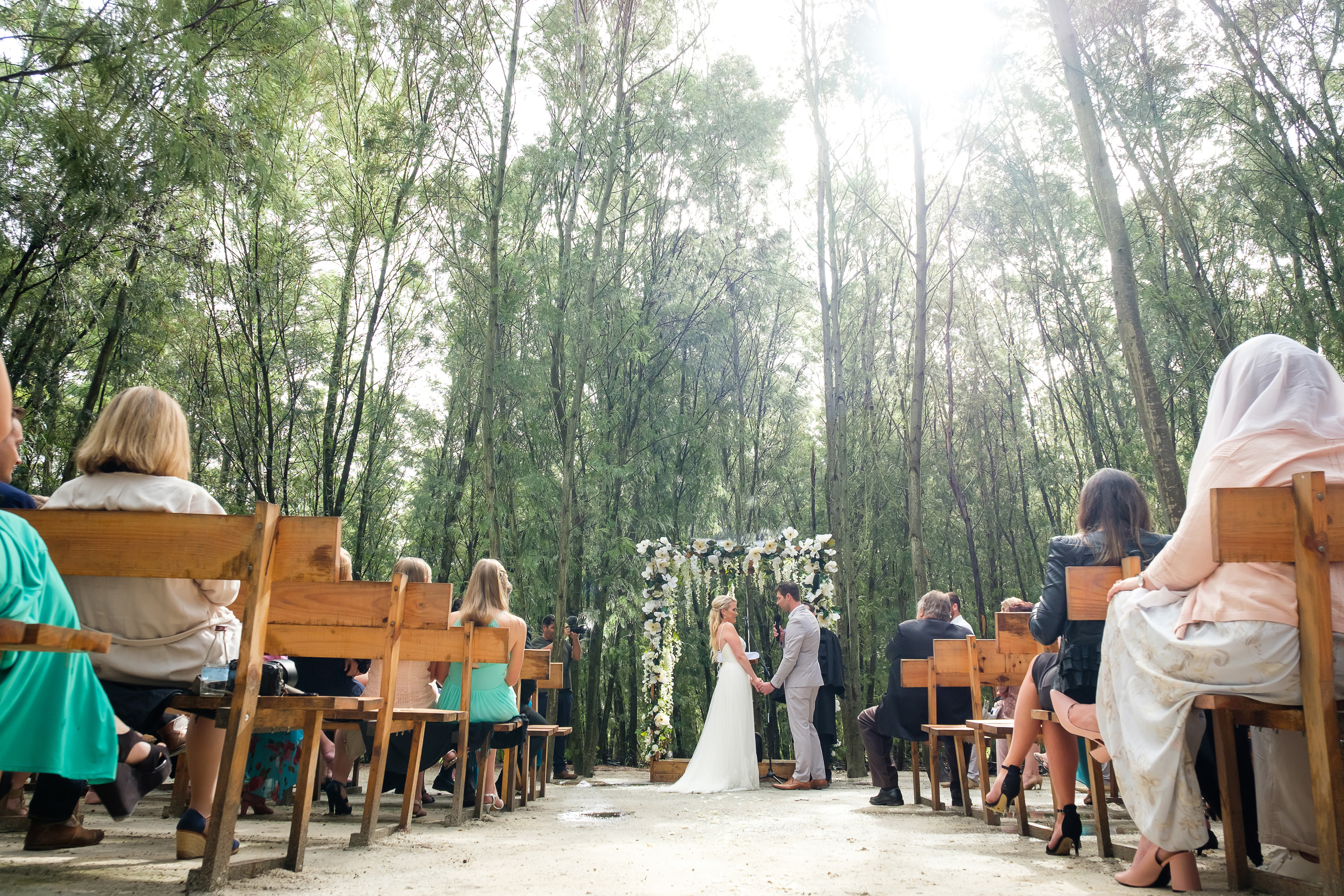 “There was so much love from everyone that we just couldn’t stop smiling.” 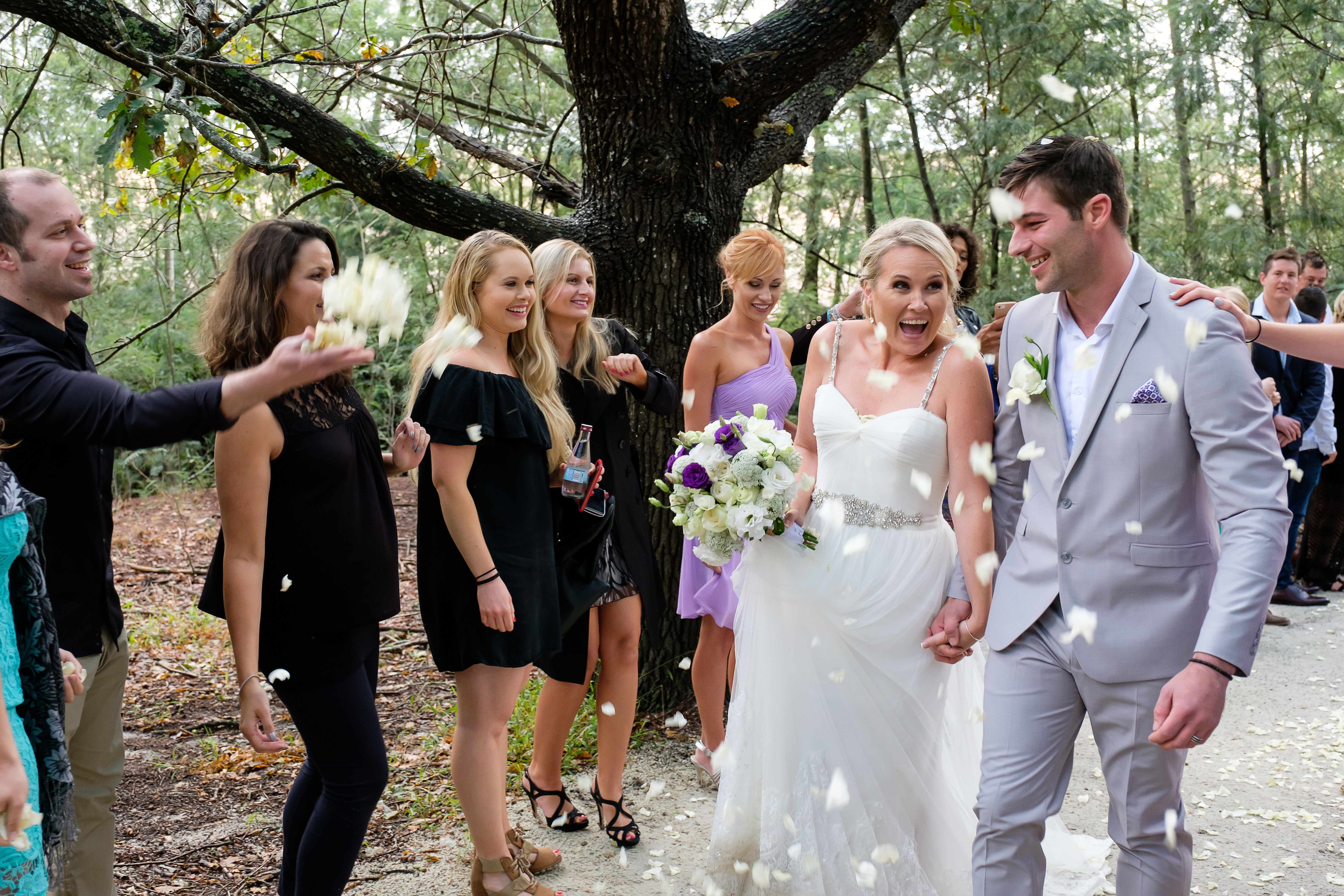 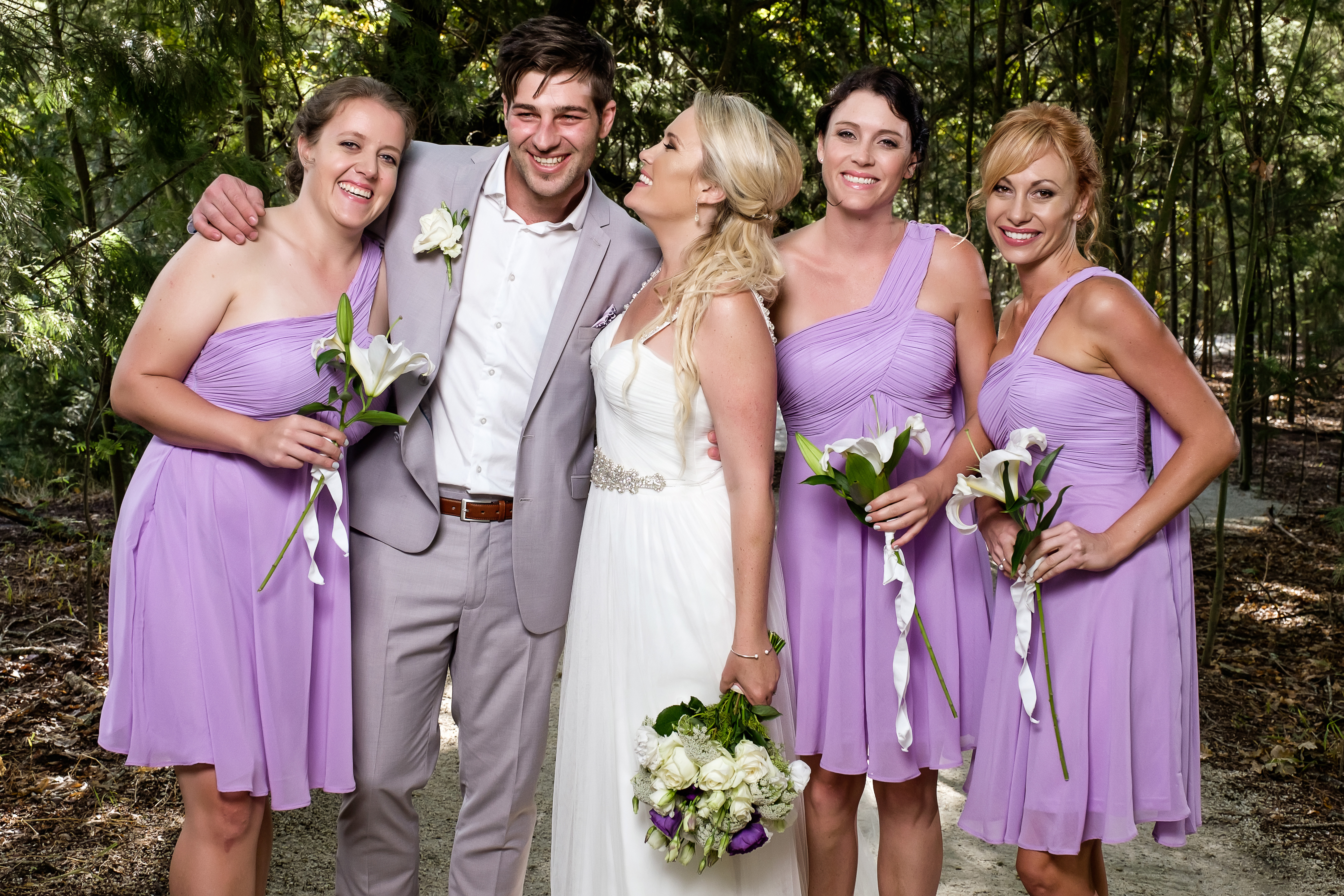 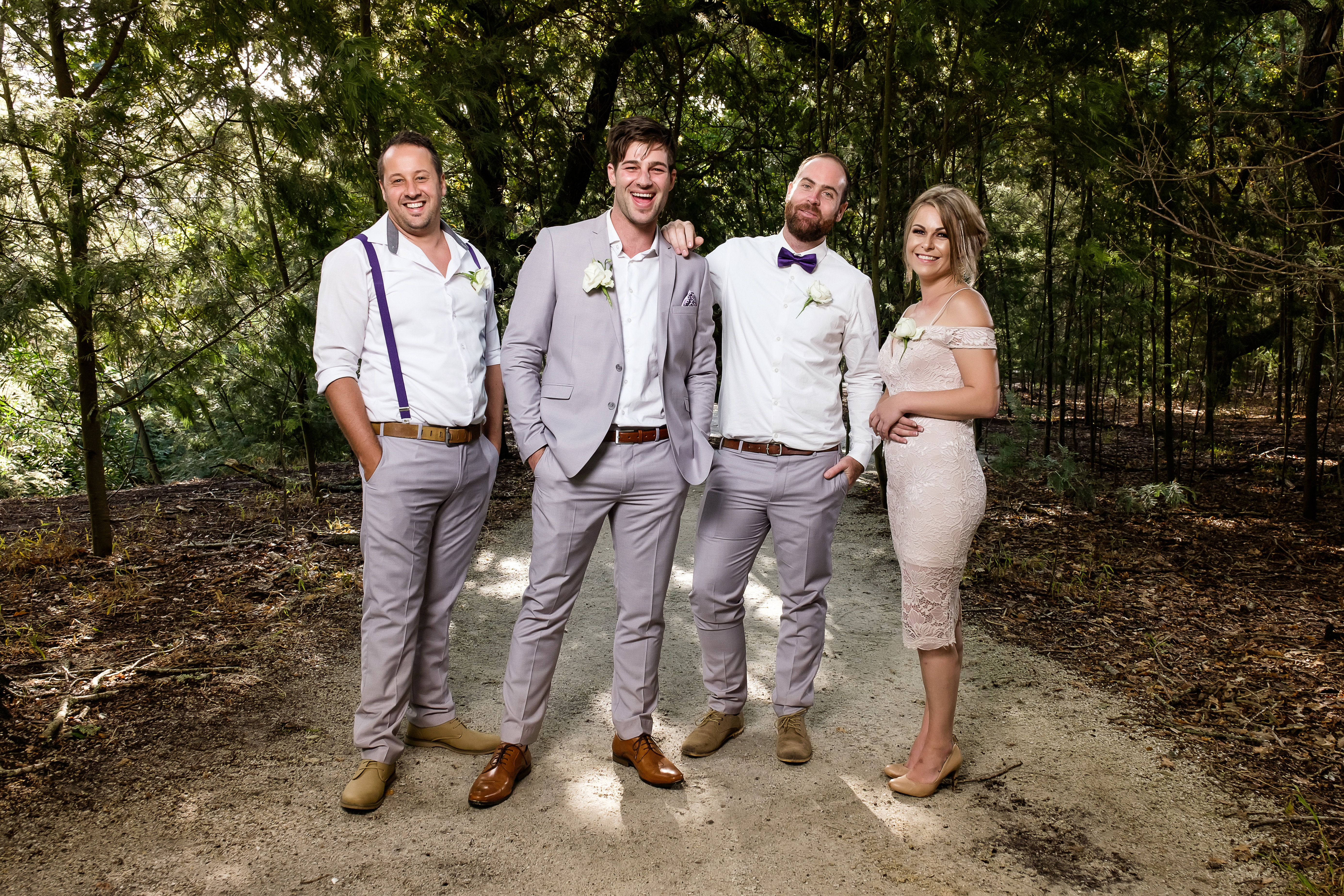 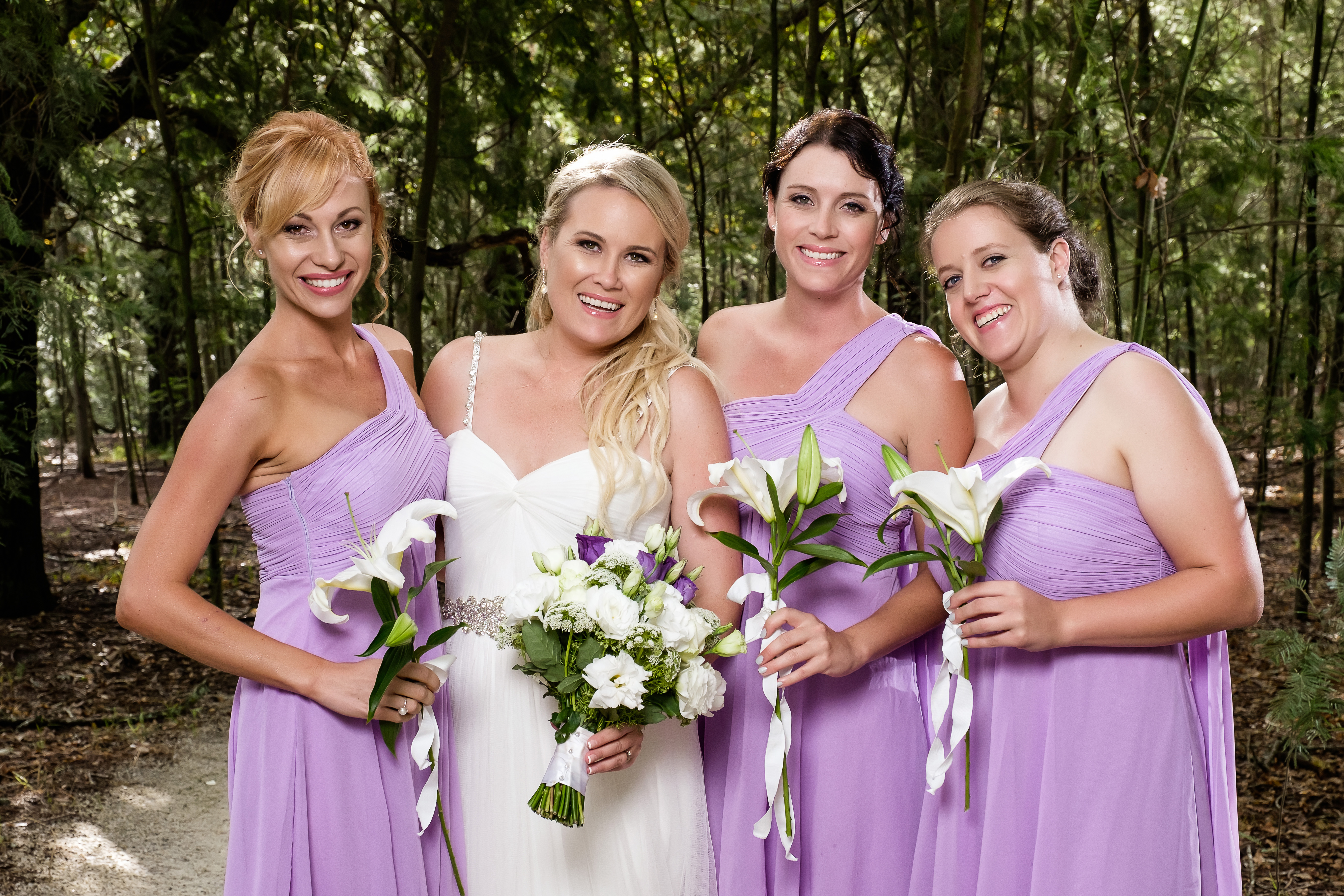 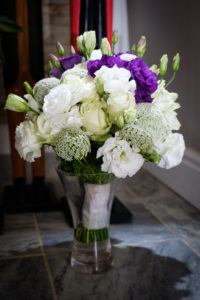 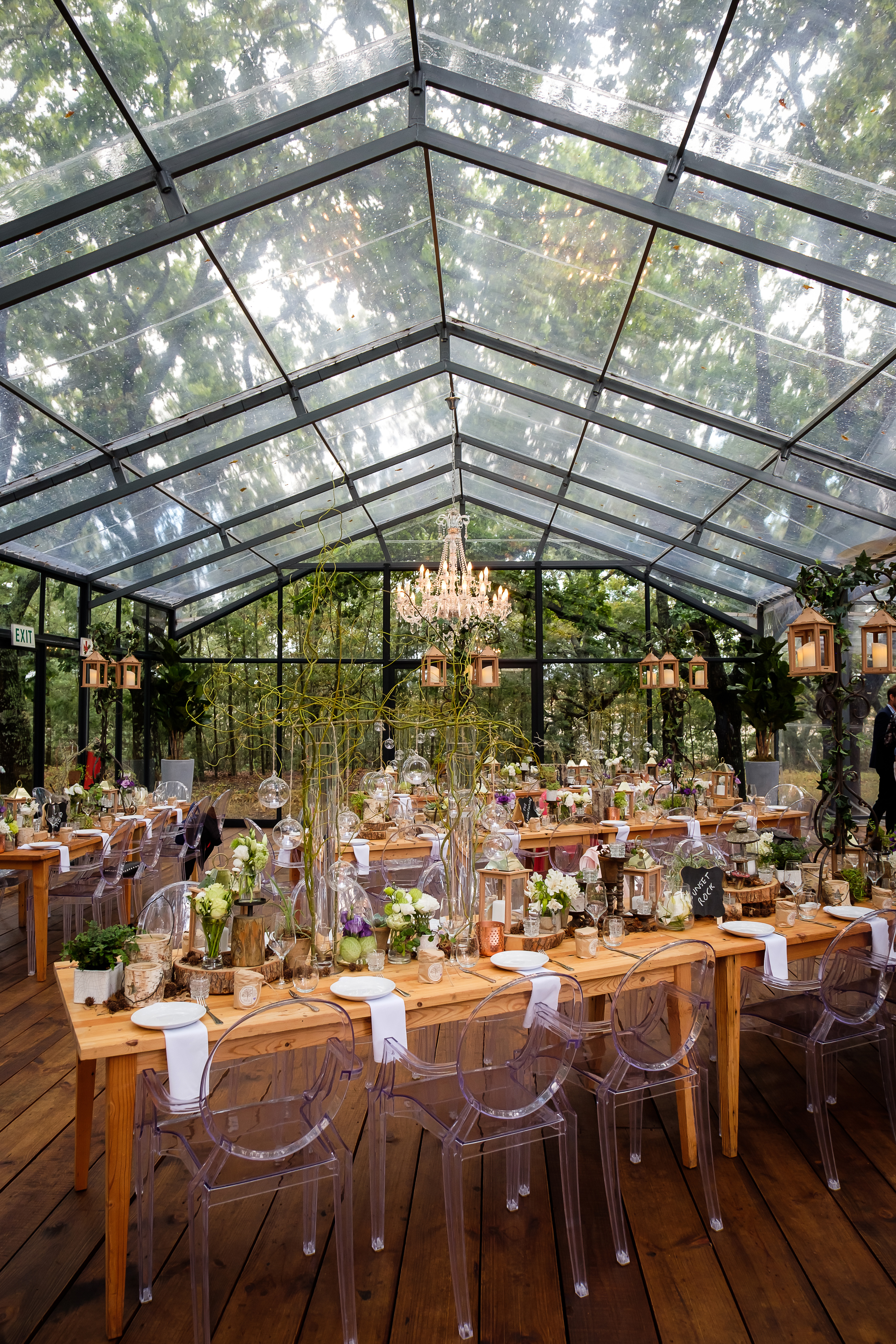 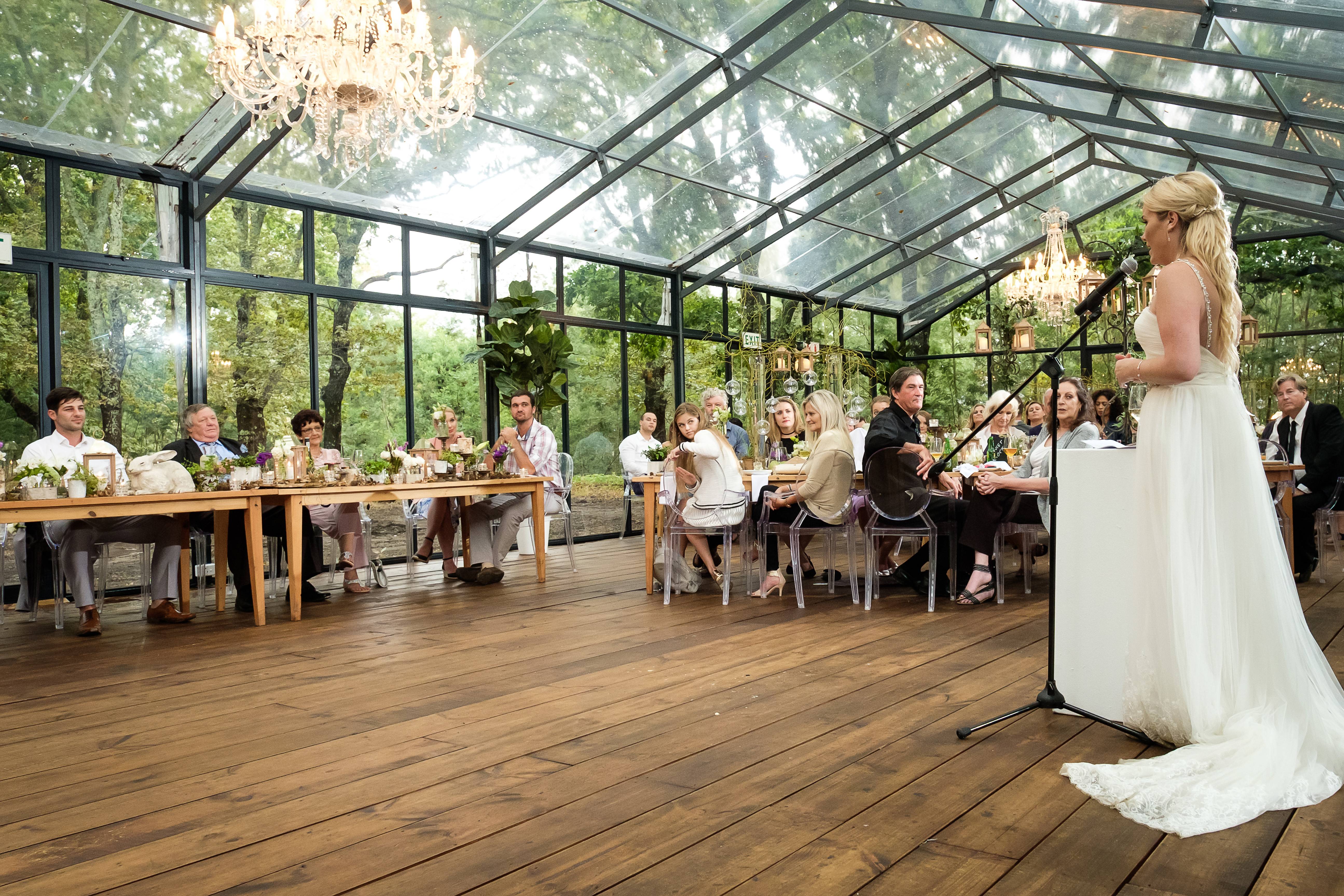 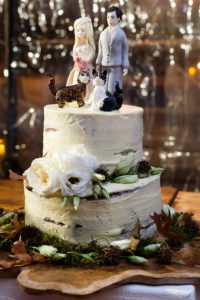 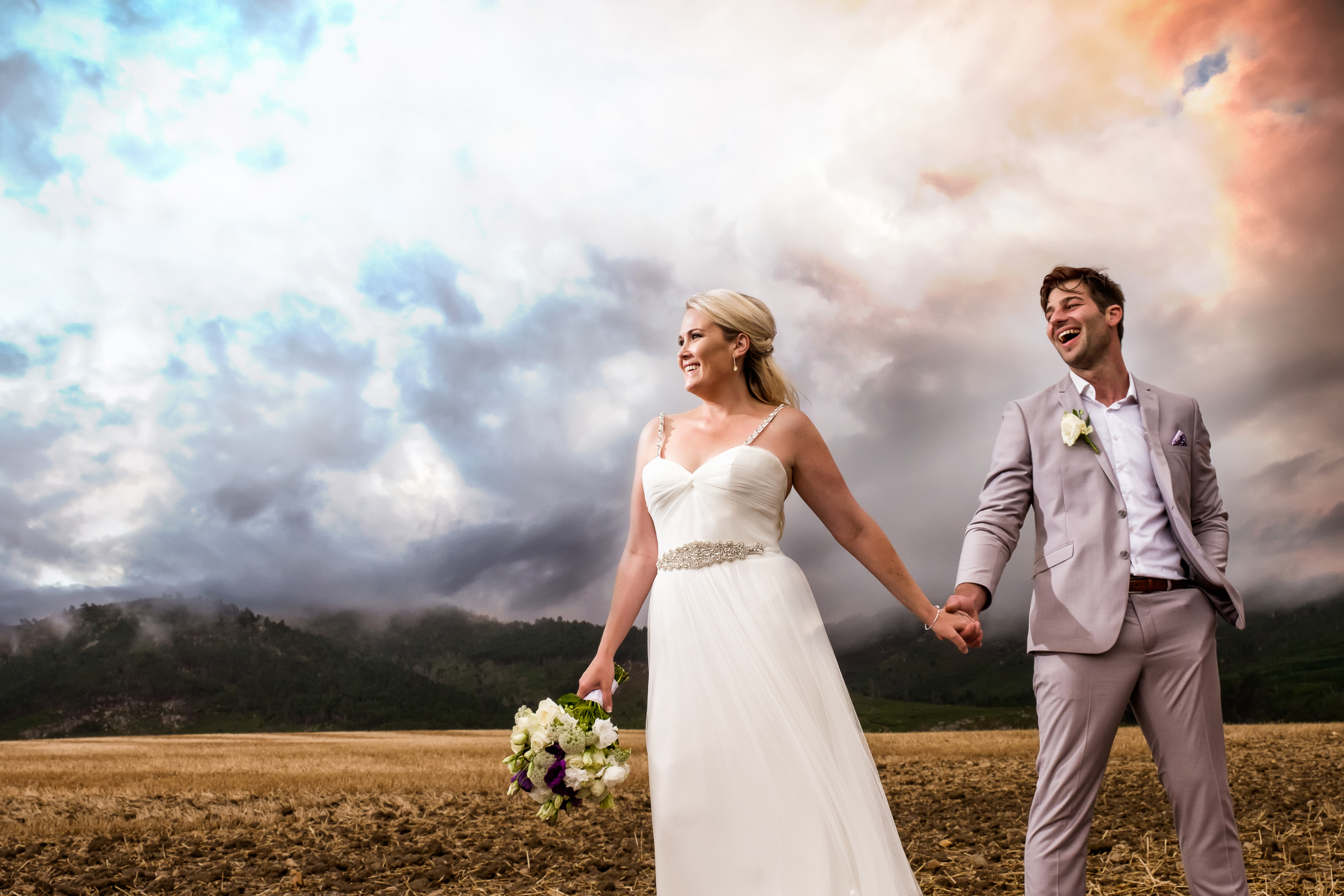 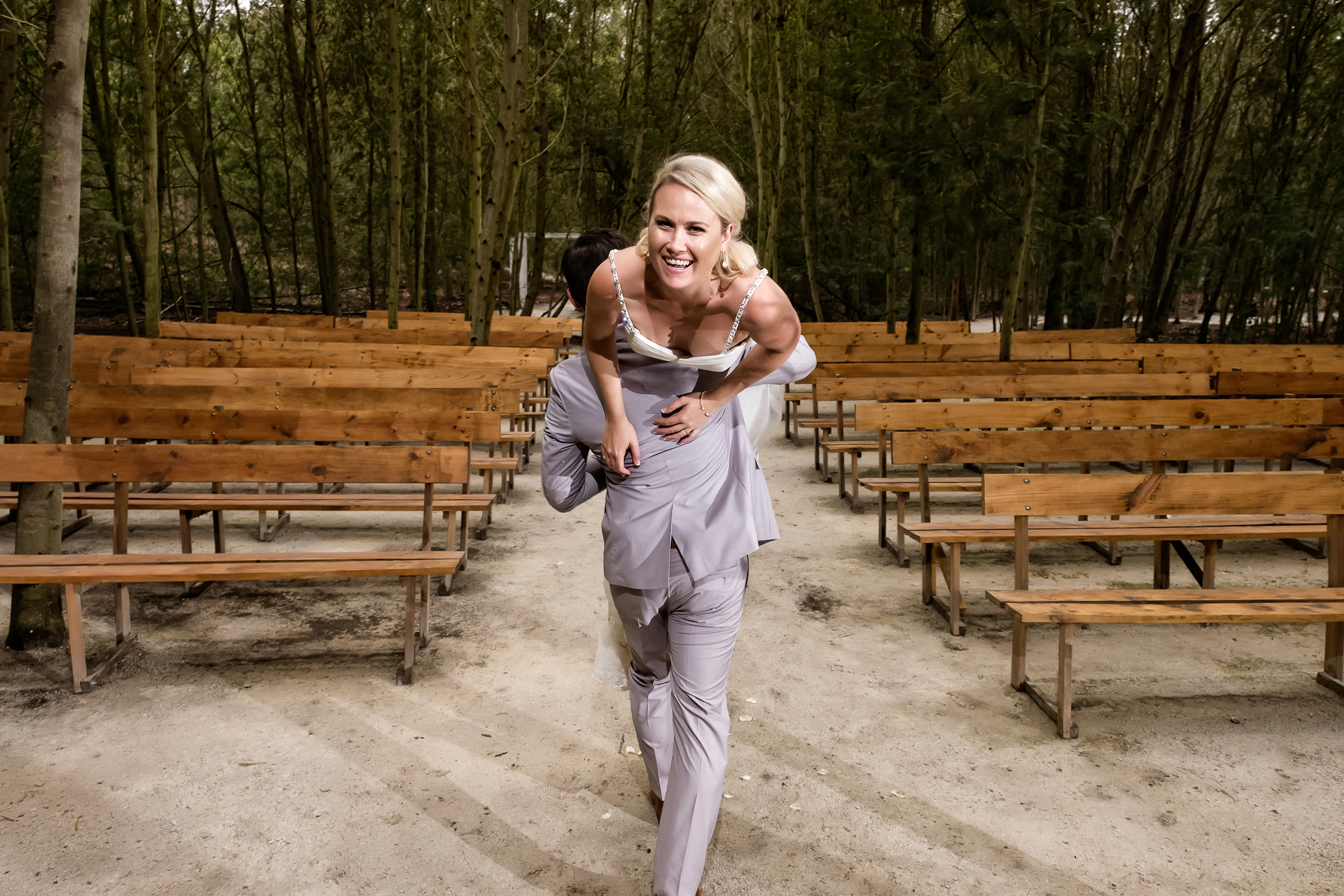 Congratulations Jules and Louw! We wish you the happiest forever after! 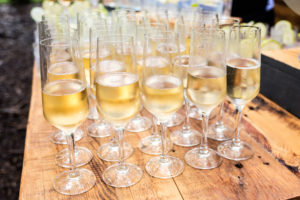 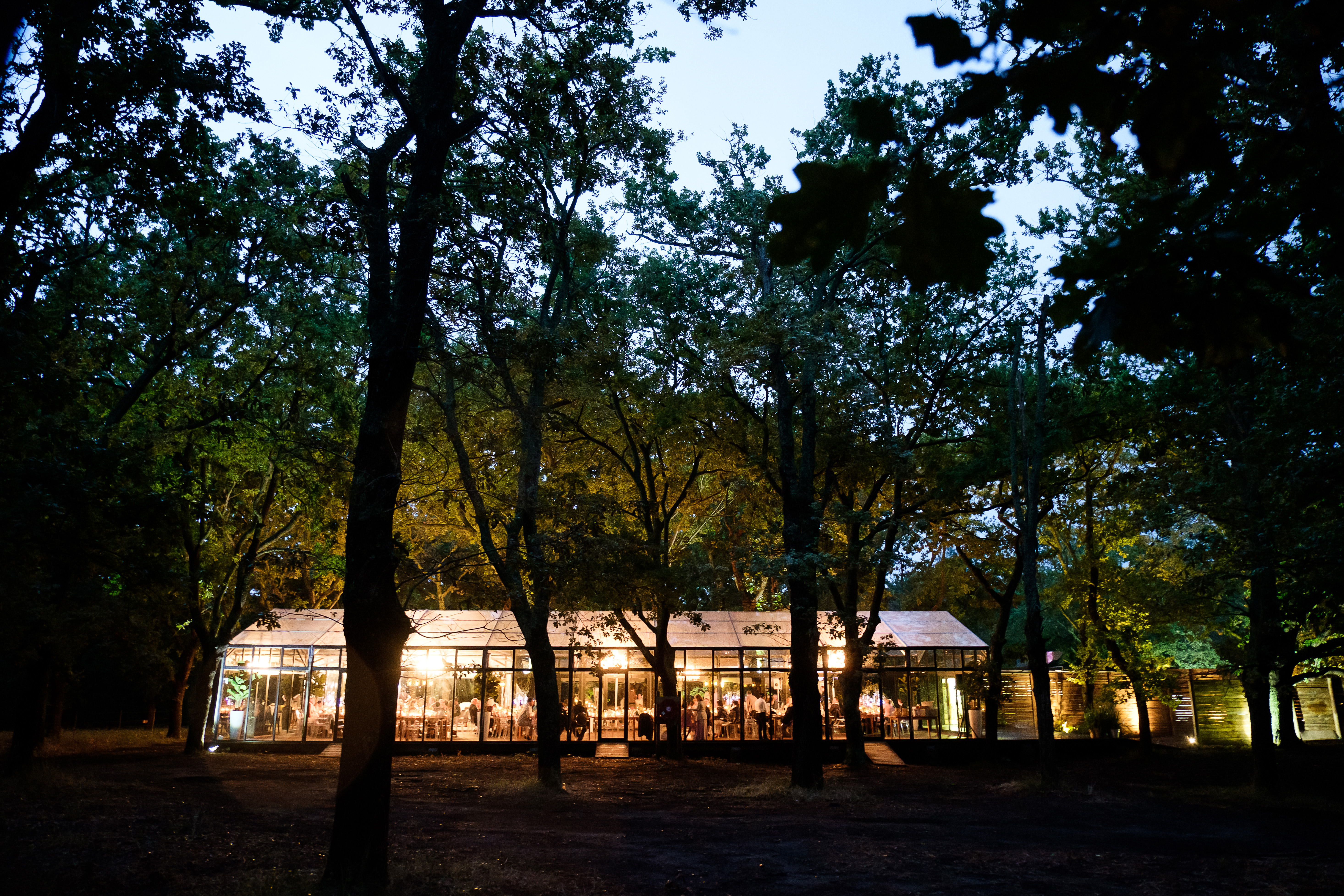 Impressions of a Bridal Couturier

Confetti Chicks #2 – The Rain Issue We hope you enjoy our new edition as much as we enjoyed creating it for you! Click below to open the page to view or to download the […]

Shari and Tendai chose what they believe is the most beautiful part of the world to tie the knot – the Paarl Valley in the Western Cape. Words by Elandi Coetzee of ZaraZoo The ZaraZoo […]