The historic origins of wedding anniversaries date back to the Roman Empire, where husbands crowned their wives with a silver wreath on their 25th anniversary, and a gold wreath on the 50th.

Fast forward to the twentieth century, and commercialism has led to the addition of more anniversaries being represented by a named gift.

The first anniversary is traditionally commemorated with a gift of paper. This can take the form of a card, or handwritten letter to your loved one. Other ideas are a special sketch or print from an art gallery, or a beautiful notebook.

Confetti Tip: Go the traditional route for your first anniversary and purchase some good quality cardstock (A0 size or larger), some pots of acrylic paints and 2x brushes. Then, together with your beloved, create an original artwork. Or, simply splash it with creative streaks of colour, and hang it in your home to be admired and cherished for many years to come. 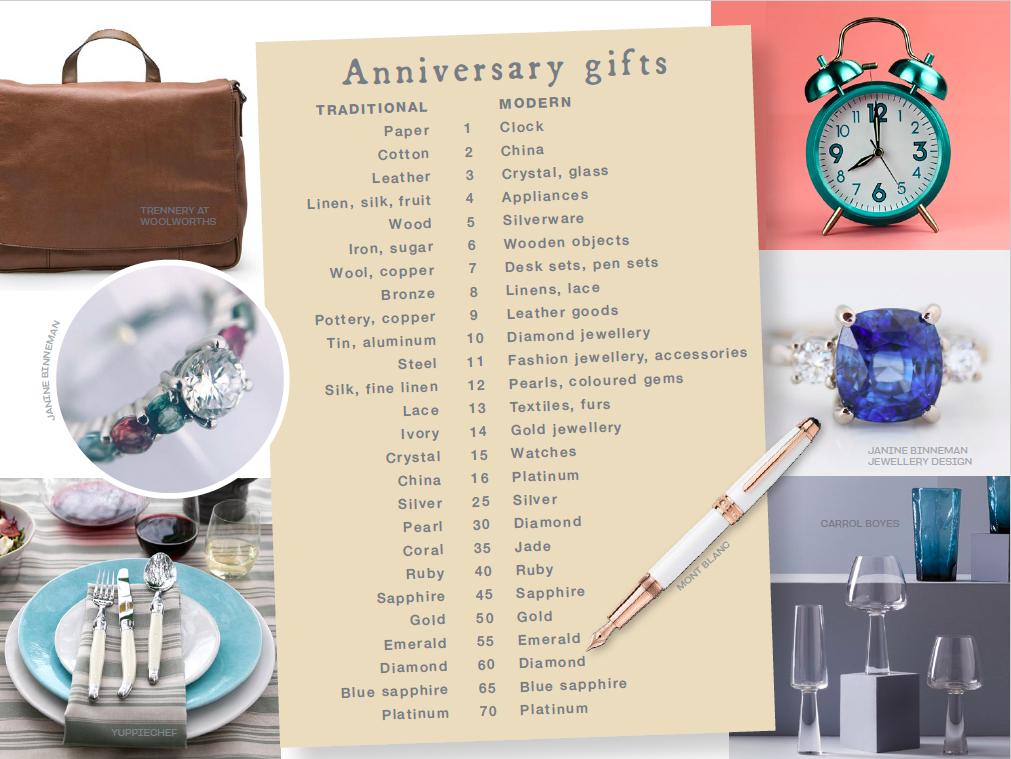 Get Your Face Summer-Ready!

Now you can shop online as before, or visit the first Yuppiechef store at Willowbridge Centre, in Cape Town   To view or download our full softmag, please click below: